You are here: Home / Rockwood

This week we were notified by Governor Brown that youth facilities could begin reopening on May 15 under strict guidelines and regulations. We are currently assessing our capacity and ability to provide a summer program under these rules. Some of the new regulations include:

The safety of our families and members is our top priority. As we plan and assess our capacity, we will be making all of our decisions through the priority lens of safety, ensuring that when we reopen we can continue to protect our youth, families, and communities. The state regulations for reopening will be restrictive and change how our programs look this summer. However, we are committed to designing a Club experience that is responsive to our families’ needs to the best of our ability.

We have asked families to share their needs for summer, as we plan for Club services, safety, and complying with new state regulations. Once we have created solid plans, we will communicate those with families by email, at our meal services, on our website and through social media.

In the meantime, Club staff are here for our families. We will continue to provide meal service, community resources, virtual Club programming, and free virtual counseling services to members and their families until our doors once again open. 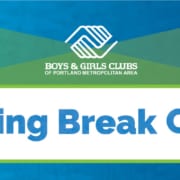 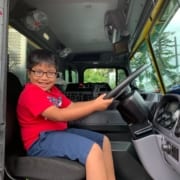 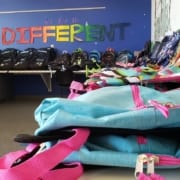 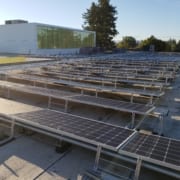 FOR IMMEDIATE RELEASE
January 8, 2019. Portland, OR – Boys & Girls Clubs of Portland Metro (BGCP) was awarded a $97,500 grant by Portland General Electric’s Renewable Development Fund to install solar panels and an educational kiosk for youth to use to learn about renewable energy and track how much power is generated and used by the building. The grant will allow Boys & Girls Clubs of Portland Metro to generate nearly 117 kWh, enough to power 75 percent of the Rockwood Club on a high energy use day. The additional power from this project will save BGCP $1,500 per month, $18,000 per year, and will result in a net energy cost of $0 to the Club for 2018.

Benefits of the solar panel installation include:

“We’re very excited about our partnership with PGE and the solar energy project it is bringing to our newest Club in Rockwood. The ultimate savings and efficiencies it will provide operationally, not to mention the environmental improvement, is important,” said Erin Hubert, CEO of the Boys & Girls Clubs of Portland Metropolitan Area (BGCP). “As a non-profit, anything that will help us to run our operation more efficiently and economically is a big win. We’re also excited about the educational kiosk that gives us the unique opportunity to teach our youth about the importance of solar energy, how it saves energy for our planet, and how it will save BGCP money that can be go back to directly serving our youth. This is a win-win for everyone!”

“Our customers lead the way on supporting renewable power,” said Dave Robertson, PGE vice president of Public Policy. “Thanks to more than 190,000 customers participating in our renewable power program, projects like this can help advance Oregon’s transition to a clean energy future.” 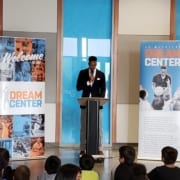 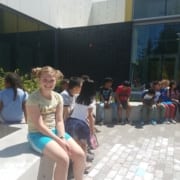