You are here: Home / 75th Anniversary

2021 marks the 75th anniversary of Boys & Girls Clubs of Portland Metropolitan Area. Founded in 1946, the Clubs have been providing thousands of young people throughout the Portland Metro area with affordable, high-quality after-school and summer programs.  The diamond anniversary is the prime opportunity for the Clubs to share and celebrate a continued mission to empower all young people, especially those who need them most, to discover their full potential as caring, engaged, responsible community members. 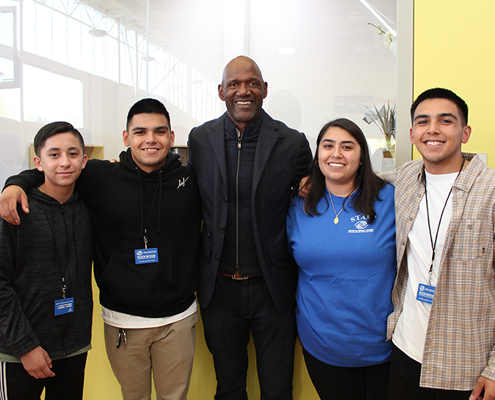 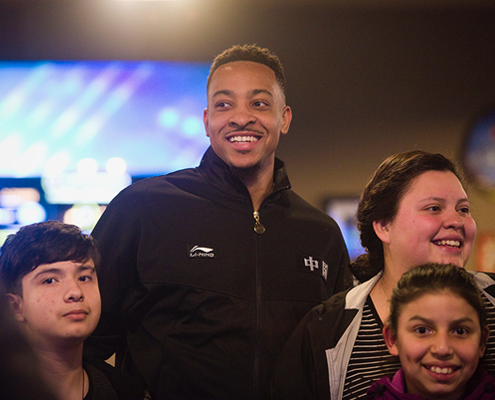 Co-chaired by former Portland Trail Blazer, Terry Porter, and current NBA Player and Trail Blazer, CJ McCollum, the 75th Anniversary year will include several celebrations, fundraisers, and projects to share with the communities of Portland how the Clubs continue to provide safe, nurturing spaces for underserved youth.

Terry Porter has tremendous and authentic passion for the work we do and is a member of the Boys & Girls Clubs of America Alumni Hall of Fame. A fan favorite during his playing career with Portland’s Trail Blazers and a Trail Blazer for a decade (1985-95), Terry was an instrumental part of Portland’s 1990 and 1992 Western Conference Champion squads and a two-time NBA All-Star. Terry began his coaching career as an assistant coach with the Sacramento Kings, head coach for the Milwaukee Bucks, followed by coaching stints with the Pistons, the Phoenix Suns, the Minnesota Timberwolves, and University of Portland.

CJ McCollum has elevated his game and proven himself to be a leader on his team in his seven seasons with the NBA.  For his efforts, he was named the Most Improved Player for the 2016 season and was recognized as the Western Conference Player of the Week in 2018. A two-time Community Assist Award winner and a J. Walter Kennedy Citizenship Award Finalist, CJ works to inspire aspiring journalists through “CJ’s Press Pass”, a program that provides personalized mentorship opportunities for students looking to get involved in the media. He also works with local Boys & Girls Clubs in Portland to develop “CJ McCollum Dream Centers”, which are innovative learning rooms that are meant to provide a safe space for underserved youth to learn, explore and grow. 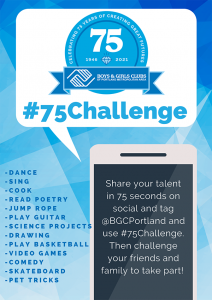 To kick off the 75th Anniversary, the Clubs are encouraging you to take part in the #75Challenge beginning March 1.  The campaign, featuring Portland Trail Blazer CJ McCollum, asks people to share their talents on social media in 75 seconds.  You can sing, dance, do a comedy sketch or science experiment, shoot hoops, try a poetry reading, and so much more!

Check out CJ’s video for the #75Challenge here.

Stay connected with us throughout the year to take part in unique challenges happening inside our Clubs, including reading, service, and fitness challenges!

Twitch Fundraiser:  Coming this June!  You can set up your own fundraiser or follow others during Boys & Girls Club Week.

75th Radiothon:  Alpha media radio stations, including 101.9 KINK, LIVE 95.5, 98.7 The Bull, will be holding a radiothon in December to share inspiring stories about the Clubs and how you can get involved.

The growing need for our Clubs and the communities we serve 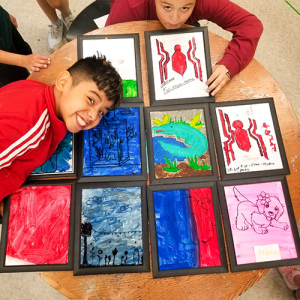 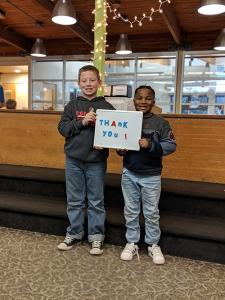 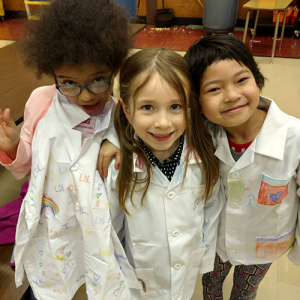 Coming off a challenging 2020 year, BGCP is committed to providing for the communities they serve in the metro area.  From March through December of last year, the Clubs were able to provide nearly 200,000 meals and snacks through strategic partnerships with minority-owned businesses and food trucks, 14,760 hours of programming, and 248 hours of virtual counseling and mental health support. During the pandemic, BGCP reached beyond the work inside the Clubs to supply 1,086 COVID-19 tests. The Rockwood Club in East Portland is currently serving as a COVID vaccination site in partnership with Multnomah County. 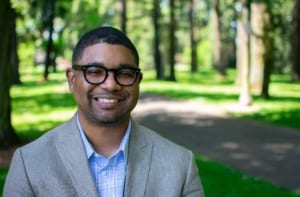 Over the 75 years that BGCP has served Portland Metro communities, the needs have changed, challenges have evolved, and Clubs have moved. Though change has been constant, the Clubs have evolved to provide year-round service to our Club members, their families, the communities where we are located and focused on doing whatever it takes.

“Our Clubs are designed to provide opportunities and resources for youth to develop healthy habits, to build skills for leadership, to express themselves authentically with strength, and most importantly, to shape the brilliant futures they envision,” said Johnson. “I am even more optimistic about what 2021 will bring as we celebrate our 75th anniversary of Shaping Brilliant Futures.”

Help us shape brilliant futures for another 75 years with a donation today!