You are here: Home / News / Portland Timbers to offer paid internships to teens through new workforce... 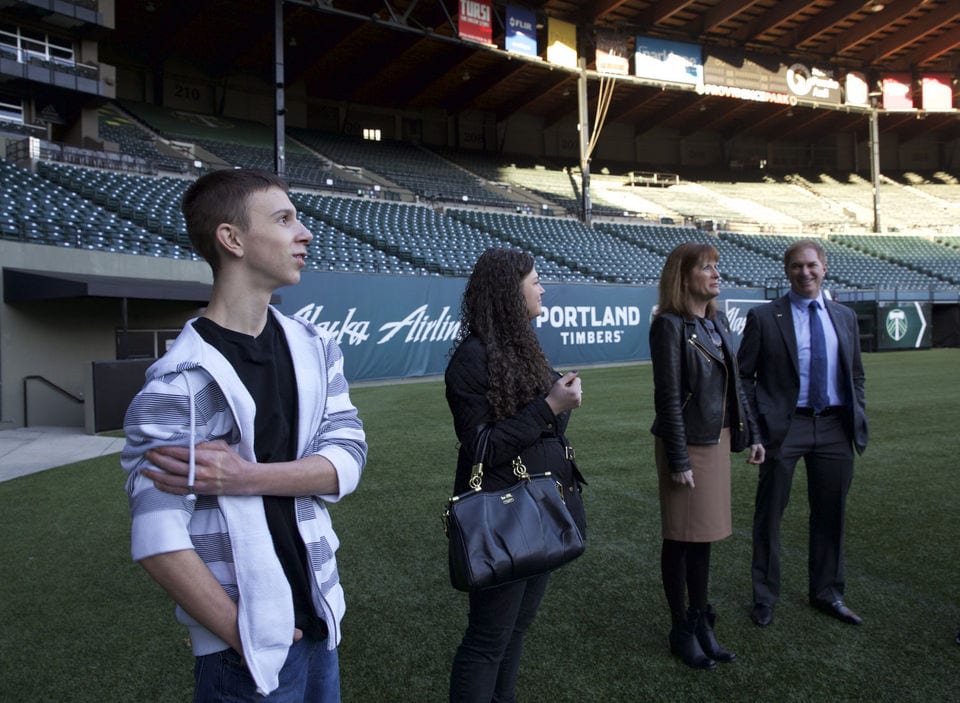 Christian Elizalde and three other Portland-area teens from the Boys and Girls Club stood on the empty field at Providence Park Wednesday afternoon as Portland Timbers President of Business Operations Mike Golub talked about the vibrant atmosphere that comes to life during Timbers matches.

Though Elizalde told Golub that he dreams of one day becoming an animator, the 17-year-old is still eager to gain his first experience in the workforce by applying for an internship in guest services with the Timbers this spring.

“It would help me a lot, mainly because I’ve never had a job and this would look good on my resume,” Elizalde said. “It’s a big environment. I would love to work here.”

This spring, the Timbers, KeyBank and the Boys & Girls Club of Portland will launchYouthForce, a workforce development program for Portland-area teens that will offer paid internships, training and career guidance.

The Timbers are the first Portland-area business that has agreed to be part of the program. The interns will work in the Timbers guest services program during games, working at the gates taking tickets or being stationed in sections throughout the stadium.

“I think it will be great for the kids involved,” Golub said. “They will have a really rewarding and formative experience and I think our supporters and fans will have a great experience interacting with them.”

The KeyBank Foundation is donating $500,000 to help expand the program that already exists in Seattle and launch the program in Portland. KeyBank will also staff YouthForce 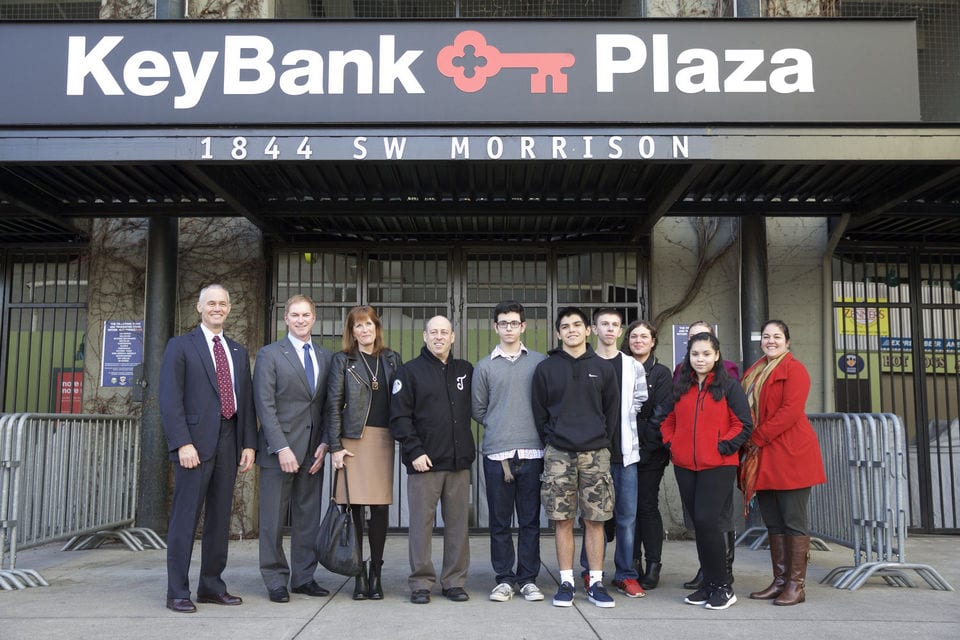 University, a basic money management curriculum for teens involved in the program.

“I think this is different than a regular, volunteer internship because the teens are getting rewarded for performance, they’re getting paid,” KeyBank Oregon President Dave Lofland said. “They are starting to realize the responsibilities of money.”

About 10 teens will be selected to participate in paid guest services internships at each Timbers game this spring, but a pool of around 20 total could be employed to work in the Timbers guest services through the program, according to Boys & Girls Club of Portland Vice President of Programs Erin Cunningham.

“Whereas entering the workforce can be really intimidating, being part of the Timbers and Thorns organization is less intimidating because it’s so integral to our Portland community,” Cunningham said. “It offers youth a way to feel really proud of their first job.”

Cunningham said that 36 percent of kids that join the Boys and Girls Club come from poverty backgrounds and a significant percentage comes from single-family homes.

Many of the at-risk teens involved in the Boys and Girls Club have been a part of the program since they were young children.

Bryan Gastelum-Plata, 17, said that he joined the Boys and Girls Club at the age of six after his mother sent him to divorce therapy and his therapist recommended he join the group.

Gastelum-Plata said being a part of the Boys and Girls Club made him realize that he ultimately wants to pursue a career helping people as a firefighter.

“It has helped me realize what I want to do in the future,” Gastelum-Plata said. “It’s helped me gain more confidence being in my community and helping people.”

The Boys and Girls Club works to develop important enrichment programs for its members. For teens that often means giving them support to break into the workforce and jumpstart their careers, Cunningham said.

While Cunningham said that she expects members of the Boys and Girls Club to participate in the YouthForce program, she also said that the club will take applications from teens outside the program that they believe can benefit from YouthForce and working with the Timbers as well.

“One of the benefits here is that they’ll have a coach here at the Timbers stadium and at our other internships they’ll have a Boys and Girls Club coach that can help them be prepared for that job and then also help hold them accountable in the moment,” Cunningham said. “They can learn what it’s like to be in the workforce and develop a good work ethic.”

The Portland program will ultimately consist of internships with the Timbers, as well as other internships with traditional companies and educational services to help prepare teens to move out on their own. 75 Portland teens are expected to participate in the program.

The YouthForce program has been in place in Seattle since 1998. The program is aimed at helping underserved teens prepare for college and careers by giving them training in job preparedness, as well as paid summer or year-long internships. Currently, 220 teens between the ages of 16 and 19 participate in the King County program. There is a waiting list of 800 more interested in joining.

Friends of the Children, Boys & Girls Club give Rockwood kids a boost