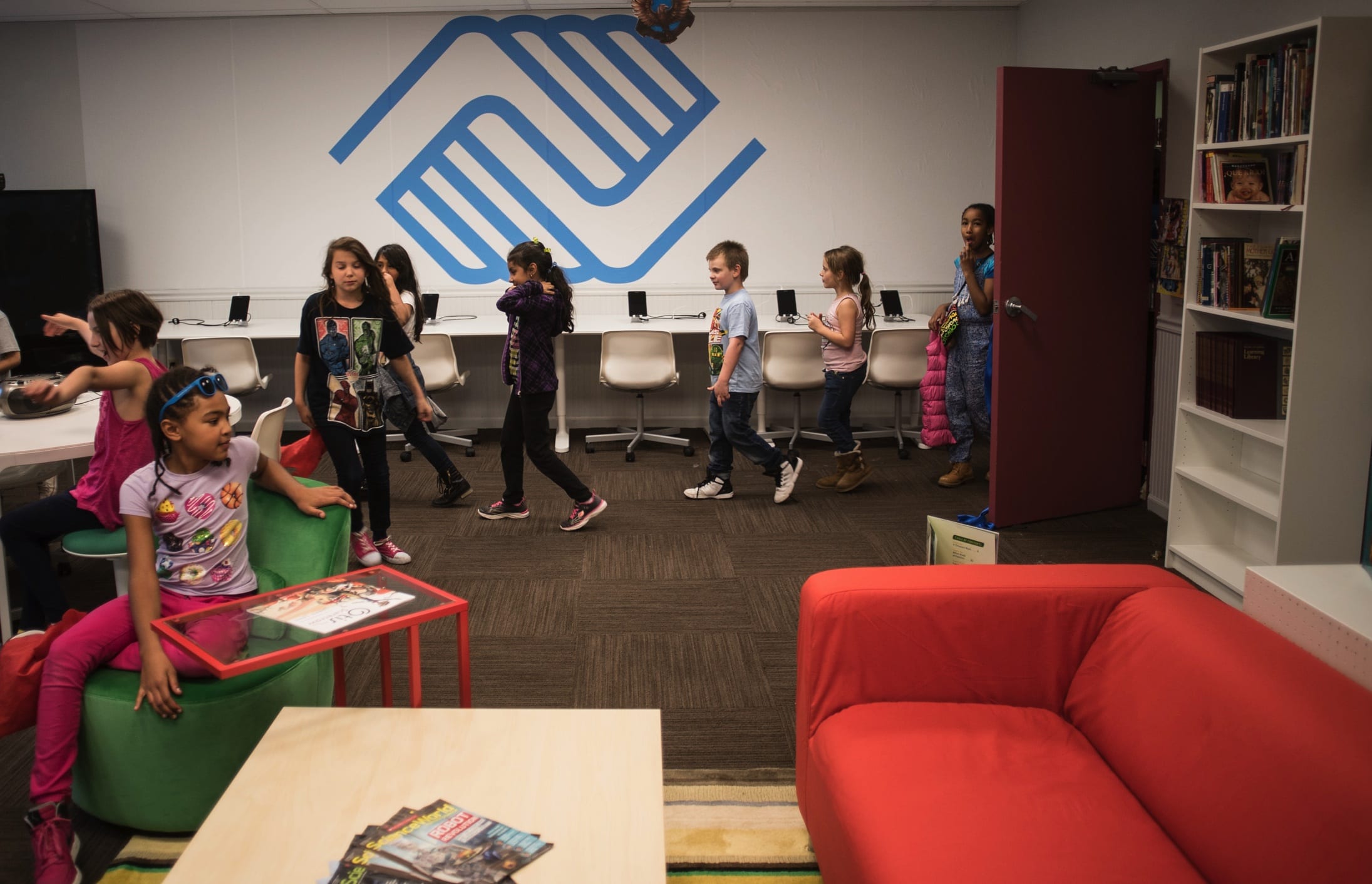 Cutting the ribbon outside the new Learning Lounge at the Inukai Family Boys & Girls Club last week, Rachel Parker was all smiles.

That smile didn’t go away for more than an hour, as Parker, the director of the long-running Hillsboro afterschool program, escorted students, a few at a time, into a state-of-the-art learning center.

“This is a really great space for kids to relax, unwind and be with each other,” Parker told the Tribune on Nov. 10. “We want them to have safe, clean spaces that they might not otherwise have access to, so that they can just enjoy being a kid.”

The lounge is equipped with more than 1,200 books in English and Spanish for students to read, as well as tablet computers and audio equipment to listen to lessons and music.

The new learning center was paid for by JCPenny and Scholastic, who selected the Hillsboro club and six others nationwide to receive the new room.

Students weren’t shy about expressing their feelings about the new center on Thursday.

“No way,” another squealed, seeing the large red chairs students were using to read.

Parker, who has been the Hillsboro site’s director for the past four years, said the new learning center is about opening kids up to new possibilities.

“We really want to provide them with everything we can so that they can discover who they are,” Parker said. “It opens up their world even further. I want them to see how big of a world there is out there and all the things they can do and get involved in.”

For more than 20 years, the Inukai Boys & Girls Club has provided at-risk children a safe place to go after school.

The Hillsboro center is the only Boys & Girls Club in Washington County, serving about 230 students between age 6 and 18 each day, Parker said.

The center is named after the family of Dick Inukai, a Hillsboro businesses man and owner of Dick’s Auto Group, who died in 2011.“Our main tenant is to help develop kids to have a great future which they might not have had before,” Parker said. “We’re here to be mentors to kids, and we believe that one caring adults is the difference between a kid having a great future and a kid with a difficult future.”

In today’s increasingly tech-savvy world, many of the families that rely on Boys & Girls Club can’t afford computers, and students rely on the center to help them work on their homework, Parker said.

“A lot of schooling is going online, and it’s important that we bring those aspects of learning in,” she said.

Most of the students the Hillsboro center works with are Latino, Parker said, and many of the books in the new lounge are written in Spanish to help students feel at home.

“(Before), a lot of our books were donated from libraries or from people clearing out their things,” Parker said. “It’s so nice of them to donate to us, but they were older and now we have 1,200 new books for us.”

As students ran around the facility, testing out new headphones and tablet computers, one student — a young girl no older than 10 — approached Parker.

“You guys did an amazing job,” she said, matter-of-factly.

“I love being able to provide these things for the kids,” Parker said. “I love seeing them so happy and excited and they were so excited when they came in the room.

“It makes what I do so much better,” Parker added, looking into the room. “I can see them in there now, playing and spinning in the chairs and looking at books. It’s really cool. It makes me happy.”

Parker said plans are in the works to add a teen center to the Hillsboro facility later this year.

Be Great Ball tickets are on sale!
Scroll to top