Madam C.J. Walker was an entrepreneur and the first self-made female millionaire in the U.S. She is considered the founder of the African American hair care and cosmetics industry.  Born in Louisiana as Sarah Breedlove, her early years were full of hardships, in which she was both an orphan and a widow by the age of 20.  Initially, Sarah learned about hair care from her brothers who were barbers in St. Louis.  She suffered from several scalp ailments, including hair loss, but couldn’t find the right product until meeting Poro Company founder, Annie Malone. She was hired to sell products for Malone, all while experimenting with the creation of her own formula to grow and fortify black hair. Following her marriage to Charles Walker, Sarah became known as Madam C.J. Walker.  The two formed a business partnership to sell he own line of haircare products, and work as hairdressers and cosmetic retailers specializing in black hair care. Known as a passionate promoter and constant innovator, she went on to the launch Madam C.J. Walker Manufacturing Company, a venture that included beauty schools, salons, and training facilities across America.  She ran the empire with the help of her daughter, A’Lelia, and a team of dedicated employees, most of whom were women.  As her notoriety and prominence increased, Madam C.J. Walker became an activist and philanthropist, lending her time, resources, and voice to several notable organizations, including the YMCA and NAACP.  Throughout her career, Madam C.J. Walker made it her mission to appreciate, care and promote the beauty of Black women and their hair. At the time of her death, at the age of 51, she was the wealthiest African American woman in the nation, and she directed two-thirds of her future net profits to charity. Last year, her story unfolded in the Netflix series, “Self-Made: Inspired by the Life of Madam C.J. Walker”.  Her legacy continues to inspire other entrepreneurs to continue dreaming and creating, no matter the odds against you. 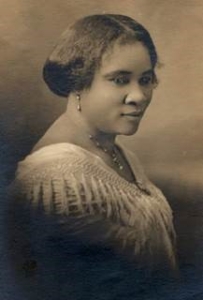 2021 Youth of the Year Announcement
Scroll to top