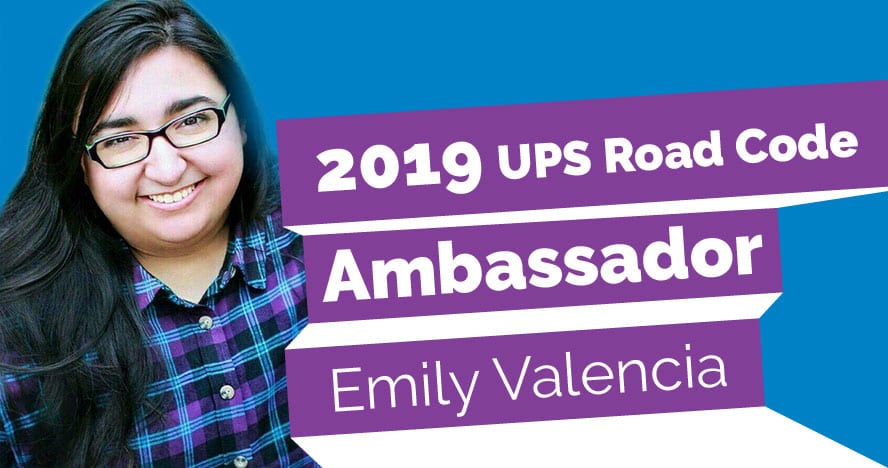 With more new drivers on the roads every day, the risk of motor vehicle accidents caused by inexperience, distracted driving, and risky behaviors is increasing. Driving related accidents are the leading cause of death for teens in the United States. Six young people die every day in motor vehicle crashes, and in 2016, 292,742 teen drivers were treated in emergency departments as a result of injuries from a motor vehicle accident. With better education about the rules of the road, new drivers can feel more confident about their abilities, practice safe driving habits, and avoid dangerous accidents.

The UPS Foundation created the UPS Road Code program in 2009 to help keep our teens safer on the roads. In partnership with Boys & Girls Clubs of America, UPS trained employees and drivers volunteer their time and instruction in a combination of classroom-based instruction, as well as time “behind the wheel” on a virtual driving simulator. The program has so far reached over 48,000 Club teens around the world, imparting valuable insights from UPS drivers, widely considered some of the safest drivers worldwide. More than 8,700 out of 102,000 of UPS drivers are recognized to have had no avoidable accidents in 25 years.

teen drivers treated in emergency rooms across the USA in 2016

UPS Road Code Ambassadors are responsible, leadership-driven teens who are passionate about making a difference on the roads. Boys & Girls Clubs of Portland Metro is proud to have Emily Valencia as our 2019 Road Code Ambassador. Emily is an Inukai Family Club member and senior at Hillsboro High School. She loves math, card games, puzzles, and problem-solving, and often takes on a leadership role in school projects as well as in the Club. Emily is President of our Inukai Keystone Club, which helps young leaders develop their academic success, prepare for their future career, and engage in community service projects.

Here’s what Emily had to say about the role and what it means to be a Road Code Ambassador:

What is UPS Road Code?
UPS Rode Code is a program that the Boys & Girls Clubs holds for the teens. Someone from UPS comes in and gives us a presentation. We learn different facts about UPS, and they also integrate ways for safe driving, they talk about different distractions.

In the program they have different games, such as Jeopardy games, to make it more interesting and to keep people more engaged and hold their attention. I really like that about the UPS Road Code program, because it makes it so people actually want to participate and learn. Admittedly, teenagers like rewards for participating. I’ve always found it really fun.

What was the most valuable part of the program?
I definitely think one of the most valuable parts about UPS Road Code is that you learn about a lot of the dangers of the road that you wouldn’t necessarily learn when you’re just reading the handbook for getting your license. There’s a lot of distractions that they talk to you about. Somebody might not think that eating while driving is a distraction. They even mention that sometimes your GPS can be a distraction. Most people would say, ‘Oh no, that’s not a distraction, that’s actually super helpful in giving you directions,’ but there are times when it can become a distraction. They make sure to highlight even the things you wouldn’t necessarily think about as being a distraction, but which can be.

What made you decide to become a UPS Road Code Ambassador?
I really like the struggle of figuring out problems, it’s refreshing to find the answer. My friends would describe me as driven and I tend to take the lead in a lot of school projects and I’m used to filling out that “mom” role for my siblings and if things aren’t going the way it should be, I tend to step in even if I shouldn’t. I describe myself as responsible, I really am intent on following the rules.

Currently I am the president of my Club’s Keystone group. I’m really enjoying that role because I like the idea of helping out the community. It’s my job to make sure our Keystone group is on track to getting its projects done and to make sure everyone is doing their job and completed on time.

Is there anything that especially excites you about your role?
A lot of people might think “Oh it’s just driving, it’s whatever” – some people might take it more lax than they would but I think especially new drivers should take it more seriously and to be in a leadership role for this position to raise awareness, is really cool.

Tell me about the driving safety videos you made, what inspired them, and what you hope them to achieve?
For Teen Driving Awareness week, my friends and I made videos to help bring awareness about safe driving rules or habits that people don’t take seriously. We wanted to highlight the dangers in driving in these videos. We try to make the videos more goofy to make it more interesting because people don’t really pay attention to serious material.

If there’s one thing you’d like people your age to know about driver safety, what would it be?

I want them to know is that the only driver they can control is themselves so they should follow the rules even if other people aren’t.

What’s one thing you think older adults should know about driver safety?
As somewhat of a new driver, there are a lot of people out there who aren’t aware of new drivers on the road – I remember being nervous about what other cars were doing when I first started. I feel that more experienced drivers don’t realize there are a lot of new drivers on the road and might drive a little more slowly because they’re nervous. I think it’s important to remember to not road rage on those people because they don’t know what that person is experiencing.

The UPS Road Code program structure includes a focus on different safety principles, from basic instruction to the consequences of risky behaviors such as talking on cell phones, texting or drinking while driving. Throughout the program, teens have a chance to practice what they’ve learned on driving simulators, which feature a computer screen that serves as a windshield to the program’s interactive animation, a steering wheel and life-like gas and brake pedals.

Nutritional Services at the Clubs
Scroll to top